The answer to "the Lifelong Query" has been found.
Connecting yourself and to your surroundings will induce an Awakening of Your Soul.

Self-hatred and worries will all melt away,
and you'll experience felicity. Connect your soul with thoughtful
comrades and true world peace is created.

Self-hatred and worries will all melt away, and you'll experience felicity.
Connect your soul with thoughtful comrades and true world peace is created.

"For decades, I have been struggling, but now I feel excited and blissful every day. I would have been horrified if I hadn't met the FOAJEON Choir. "

"I've put my heart and soul into helping my clients, but the answer is where I had not even turned my eyes. The way I see the world has changed completely. It's profound! "

"I've done everything I could to find my mission. I have finally found it and feel the joy of my soul." 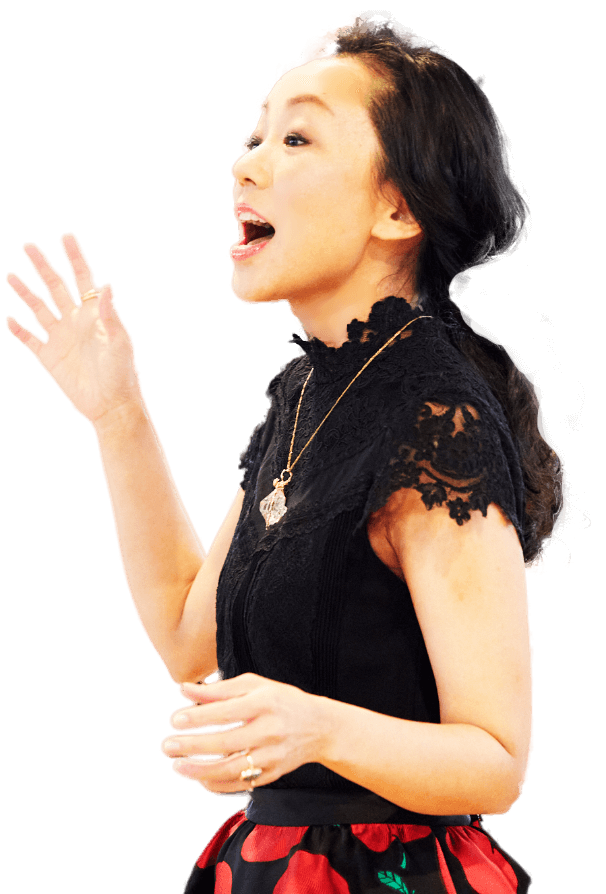 This is a program of choral lessons to free the souls of those who have lived earnestly to help others who are suffering.

You know in your head that it would be best if you could live "just as you are," but your heart just can't catch up. Have you ever wished you could relax and move forward naturally, instead of trying so hard?

FOAJEON music, has the power to bring out your true feelings scattered in its rhythms and lyrics. Everyone who has experienced FOAJEON Choir, has said that they have returned to themselves "as they are" and moved forward "before they knew it," as if from their souls.

The more you have worked for someone else, the more you feel the overwhelming effect of the chorus.

We recommend this service to those who have experience in the following areas:

Have mastered various psychological and self-help programs for the well-being of clients but exhausted by the amount of work to be done.
"If I could only solve this problem!" but the problem keeps getting worse.
Have contributed to solving social problems but feel that something is fundamentally wrong.
Have been able to do what you're good at and have been socially recognized for it, but wonder "What do I really want to do?"
Have searched for my mission by asking "What for was I born to do?", but I have yet to find the right one. 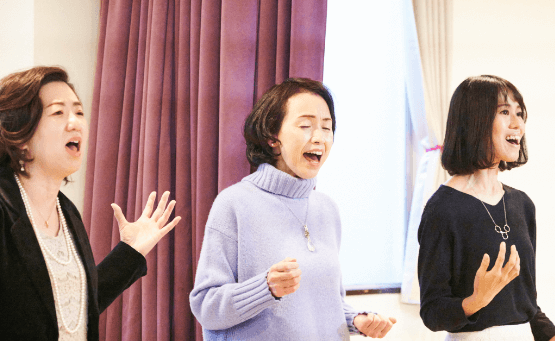 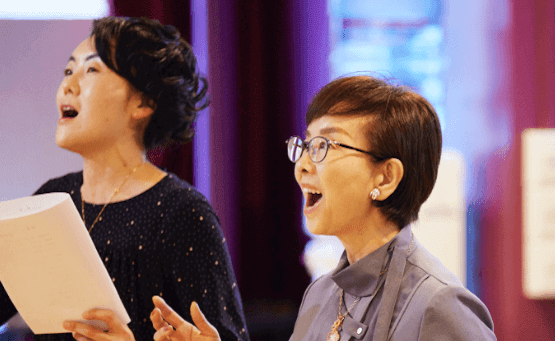 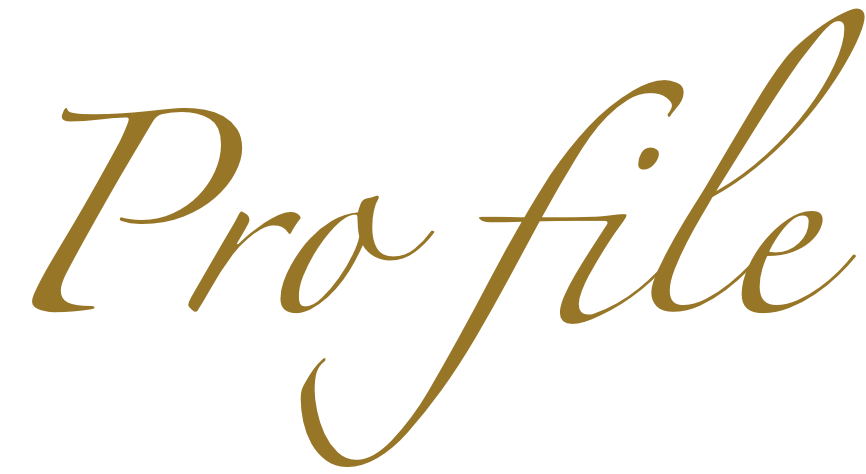 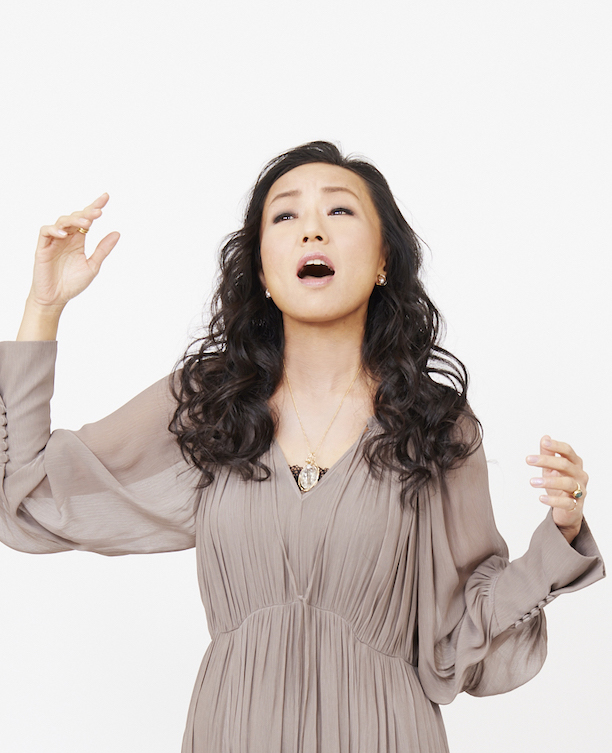 Natsuyo Iida
CEO, Familetzt Co., LTD.
Director of the FOAJEON Choir
Transcending time and space
to contribute to the world!

"I'm sorry I'm alive." Until the age of 30, I felt guilty for being alive, and while I was careful not to bother anyone, I was also competitive, not wanting to lose to anyone.

My starting point was when I was 7 years old. I saw an African refugee child on TV and thought, "This world is wrong. I want to make people around the world smile!"
From there, I studied environmental issues, human rights, psychology, spirituality, self-development, etc. While working for the Japan International Cooperation Agency (JICA), I sang with a total of 7,000 people from Africa, South America, and Asia as a member of the JICA chorus club, including volunteers from the Ministry of Education and the Japanese Red Cross Society. There I experienced that choral singing transcended language and culture, and that we could instantly become one with the people there.

However, the moment the singing was over, the sense of lack returned, and I was a rough "troublemaker" who had constant relationship problems, arguing even with my friends. It was at this time that I met the genius composer FOAJEON. I asked him, "How can we change the hearts and minds of people around the world and create a world where conflicts do not arise?" FOAJEON told me a solution that I could not find even after discussions with people from the United Nations and the Ministry of Foreign Affairs, and with a shock, I decided to give this activity a try.
As I sang FOAJEON's choral songs with enthusiasm, all feelings of lack melted away, and I felt a blissful sense of "I have never felt such a happy feeling."

From then on, like an Othello flipped over, my relationships improved, I became surrounded by kind people, and my work expanded. I began to awaken to the world of the mind, social issues, global issues, and the connection between people and the universe, and the answers began to connect in interesting ways.
And now, the stress of daily life is completely gone and I am enjoying everything and remembering the mission that I have been aiming for through repeated reincarnations. I will spend my life spreading FOAJEON Choir throughout the world, receiving support not only from my ancestors who have spun this life, but also from all humankind.
What is important is first of all your own happiness. And to release the vibrations of "true love" to the world, not only in the present age, but also as humanity has longed for.
Let's transcend time and space, make people, animals, and the earth happy, and together create a world where all are united.

Over the past 20 years, he has developed his own 447Hz frequency, which is called "Miracle Frequency" by people in the industry.
He produces classical music, piano music, love songs, children's songs, choral music, and other genres, hoping that mankind will live in peace 5,000 years from now.
He is a big hit maker who has produced more than 300 commercial songs. By incorporating the biorhythms of the universe and human beings, he has created songs that can naturally draw out potential abilities.
The more people who have been searching for the truth, the more they appreciate his songs, saying, "Even after listening to them 10,000 times, I never get tired of them, and am even more fascinated by them."